academica - Get higher with us!

Getting around in Tokyo

WITH 882 STATIONS on 14 lines, Tokyo’s amazing subway system is one of the largest — and busiest — in all the world. The system map is a twisted mass of squiggles that resembles a Jackson Pollock painting, and conditions on its trains give new meaning to the word “crowded.” It all had me more than a little nervous as I headed to Tokyo for a business trip.

I say this as a seasoned traveler who has ridden subways in Paris, London, Munich and even Buenos Aires. I had managed to negotiate all of them without much trouble. But Tokyo? C’mon.

Turns out I needn’t have worried. After just one hour I found myself right at home on the most organized and efficient subway system I’ve ever ridden.

You wouldn’t think it would be that way. Tokyo’s transit system is run by a hodge-podge of government agencies and private companies. Having so many cooks in the kitchen seems like a recipe for disaster, but somehow it works smoothly.

There was no one around to explain which kiosks dispense which tickets, and in three days I spent  2200 yen on tickets I couldn’t use. But once I got things sorted out, it was easy. Like in the DC Metro, your fare depends upon where you’re going. I learned pretty quickly that scratching your head at a ticket kiosk trying to figure how much money to insert while 30 people wait in line behind you is no way to make friends. I ended up buying the cheapest ticket and hoping for the best. That’s no way to travel, and more often than not I had to increase the value of my ticket, but of course there are kiosks for that too. It was quick, easy and, like everything else I saw in Tokyo, amazingly efficient. 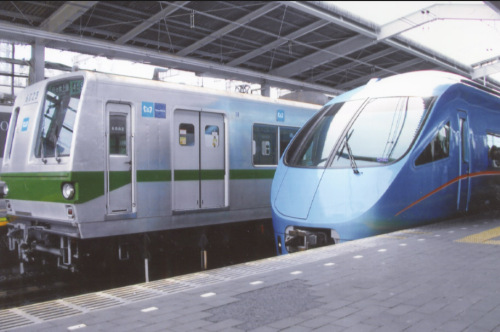 I spent just a few days in Tokyo, and for my money, a ride on the 29-stopYamanote Line is the hot ticket if you haven’t much time to spend in the city. The line makes a loop around central Tokyo, providing a quick look at most of the major neighborhoods in a little more than an hour.

Be warned, though — the Yamanote is one of Tokyo’s busiest lines, carrying 3.5 million passengers each day. Trains pull into the stations every 2.5 minutes during the morning rush. People line up quietly at clearly marked spots on the platform (see the pic at right), and overhead signs tell you when the next train arrives with pinpoint accuracy. After years spent riding the Boston T, I instinctively moved toward the door once the train stopped. That’s a major breach of etiquette in Tokyo, where you wait until all the passengers have disembarked before filing in.

The trains are packed and during the rush, white-gloved attendants called oshiya — literally, “pusher” — politely but firmly shove people into the cars. Monitors in each car let you know where you are and where you’re headed, and I was relieved to see the information is given in both Japanese and English. Passengers are packed check-by-jowl, yet have no problem reading or even sleeping. 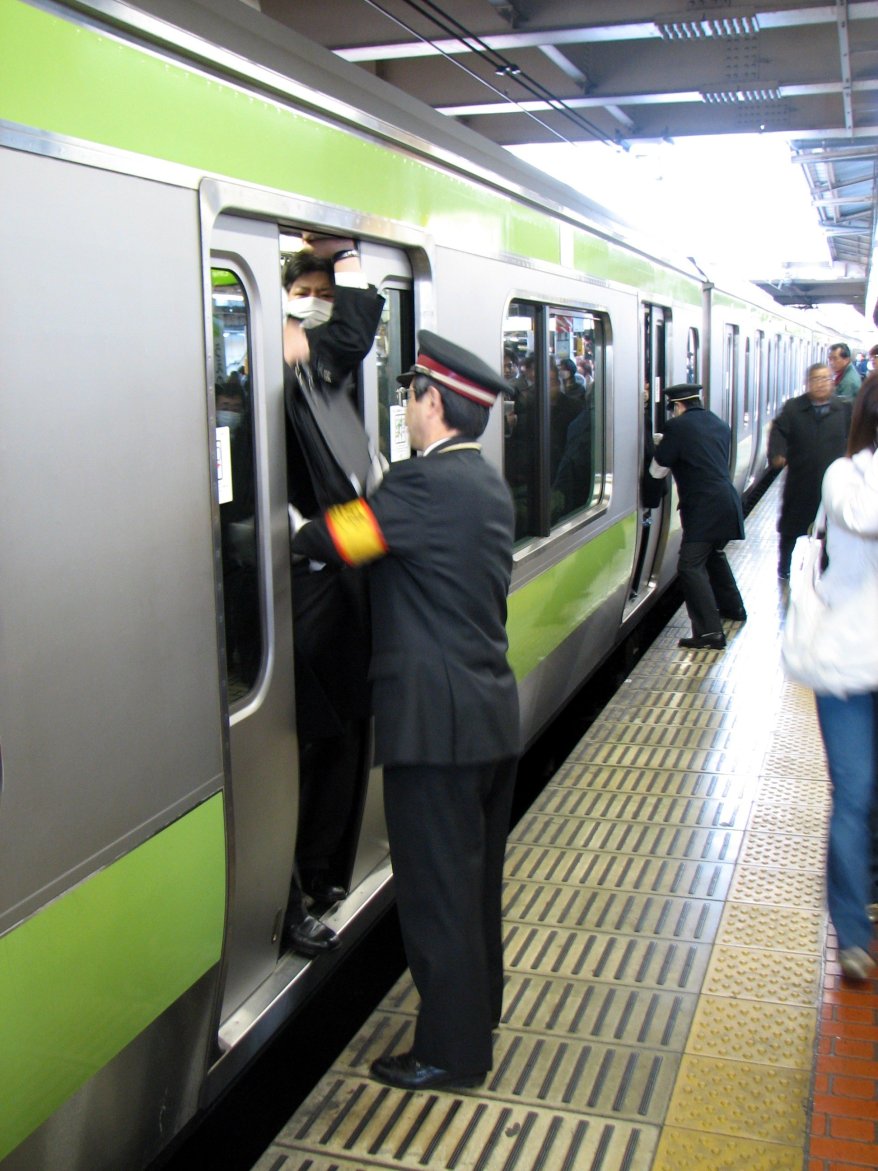 Tokyo’s stations are amazing. Shinjuku is one of the largest — and busiest — in the world. It is the main hub for 12 different lines (run by five different agencies) that link central Tokyo and its western suburbs. Approximately 3.6 million people pass through the station each day. It has four concourses, eight department stores, three dozen tracks and more than 200 exits.

Of course, I got lost.

The guidebooks are clear on this — if you get off at the wrong exit in Shinjuku, you could spend a lot of time hiking to your destination. They’re right. My flight got in at 5 and I was leaving the airport within 45 minutes. I pulled into Shinjuku at 7:15 but got lost. It took me an hour to get to my hotel, which was literally across the street from the station.

Still, I expected navigating a Tokyo’s massive transit system to be much, much harder. The fact that it wasn’t is a testament to its efficiency. If someone as directionally challenged as I am can handle it, anyone can.

Based on Dave Demerjian 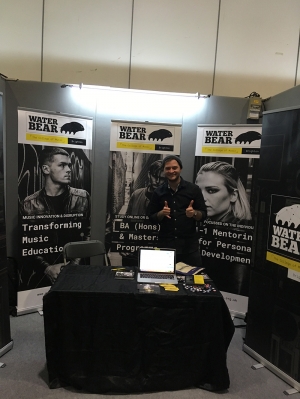 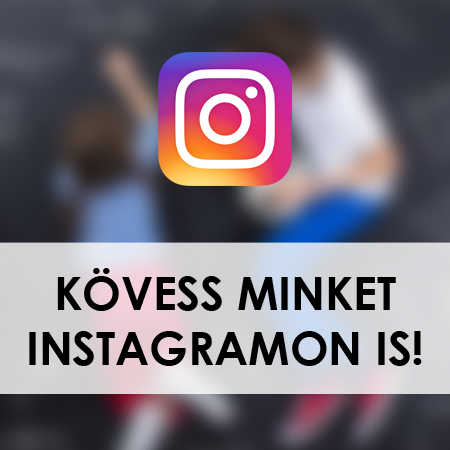